A 2-Hour Tour of the New African-American Museum: It Can Be Done 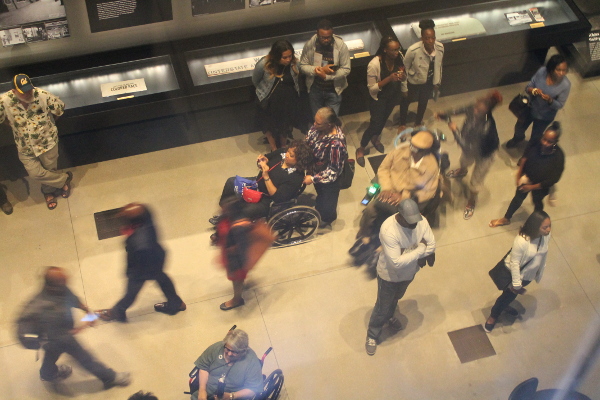 The prospect of adding another museum to an already overloaded trip itinerary is like stuffing 10 pounds of sugar into a five-pound bag. But many school groups touring Washington, D.C. still will try to fit in a visit to the National Museum of African American History and Culture in the coming months.

Most school groups aim to tour a museum in two hours or less. Is it realistic to visit the NMAAHC in 120 minutes?

Museum officials say it takes several days to fully absorb the nation’s newest Smithsonian. If you read the text that goes with every exhibit, it surely will.

With large groups of kids yearning to run free while still learning, you need to take a different approach. Our suggestion: Treat the museum as an outline for future study.

And, like a visit to Disney World, you can maximize your experience with a game plan. Call it our definitive two-hour tour of the Smithsonian’s new African-American museum.

Let’s run the clock starting from the south entrance (those with disabilities should enter the north entrance).

A timed entry system from the building’s south entrance near 14th Street and Madison Drive has greatly improved traffic flow after a sluggish first few days. By late September, it took just five minutes to enter, but entrance times still may vary. Leave book bags on the bus to get students through museum security more quickly. Cameras are allowed.

The museum has seven levels — C1-3 below street level and L1-4 above. Take the down escalator on the left of the entrance to go to the very bottom level (C3) to start. (Click here for a printable map of the NMAAHC.)

This will give your tour a more historic flow, from slavery to freedom to contemporary sports and entertainment. That route was designed to produce a more optimistic feeling when exiting the museum.

The building is beautiful and well-designed except for one bottleneck at the entrance into C3. A movie on the right, accessible through two doors, tends to jam the hallway. It’s best to stay left and skip the movie, because there are many short films throughout the exhibits. Once past this hallway, walking becomes much easier.

Slave shackles are the first of many featured items to provide a vivid example of life as a slave. A display of U.S. Colored troops describes how African-Americans fought on behalf of the Union in the Civil War. A slave cabin students can walk through provides a vivid glimpse into slave life. Harriet Tubman’s display includes her shawl and hymnal book. When ready, follow the ramps (or take an elevator) to C2.

This is a floor of big exhibits. Students will gravitate to the Jones-Hall-Sims House from Jonesville, Md., which was owned by former slaves and their descendants. The Southern Railway Company coach shows what segregated travel was like. You’ll then see the guard tower that loomed over Louisiana’s notorious Angola prison, and then move into exhibits from the 1960s desegregation movement.

The Greensboro lunch counter, a symbol of real protesters who fought for equal access to restaurants, has stools where students can see and feel the past. You’ll then walk up the next ramp, but don’t forget to look up for one of the Tuskegee planes flown by African-American pilots in World War II.

Much of this level focuses on leaders of the desegregation and other movements. If your students have learned about Dr. Martin Luther King, Jr. and Malcolm X, seeing and hearing short clips of these men and their speeches will make an impact.

Take the escalators up two levels, skipping Heritage Hall (you’ll be back) and L2 (which is for research). You’ll arrive in the sports gallery. Between statues of Jesse Owens and Venus and Serena Williams, you can take a long walk through exhibits devoted to athletic legends, organized by major sports categories.

But first, stop by the statue of the 1968 Mexico City Olympics protest by Americans Tommie Smith and John Carlos. Smith and Carlos each raised one black-gloved hand in the air while bowing their heads in prayer during the 200-meter sprint medal ceremony. With professional athletes echoing this protest in late 2016, the statue is history come alive. 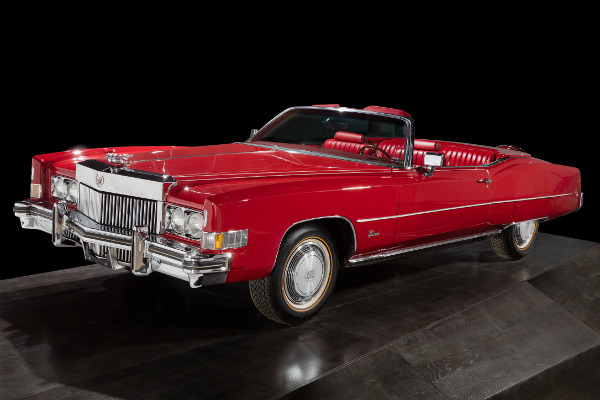 Call this the fun section. It’s full of music and entertainment stars that students will  recognize. A circle of memorabilia in the middle of the grand room has spokes leading to actors and musicians from the earliest days of entertainment. Older visitors will stop to remember their longtime favorites while youngsters will check out Prince and other modern performers. Be sure to see Chuck Berry’s red Cadillac – it’s a show-stopper.

Regroup in the large entrance area that also includes restrooms. It’s the easiest place for large groups to assemble. Exit the northern side of the museum near Constitution Avenue and 14th Street.