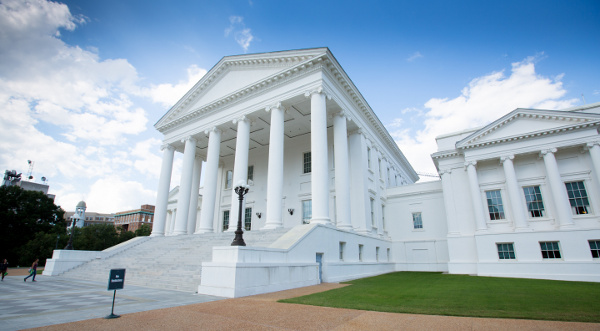 Editor’s note: This post is part of a series highlighting some of the best ideas we’ve seen for single-day spring class trips. To see all of our day trip ideas posts, click this link.

Two of the most popular destinations we book at Julian Tours are Washington, D.C., and Williamsburg/Jamestown, Va.

But about halfway between these cities is an underrated gem for educational class trips: Richmond, Va.

In recent years, Richmond has gained a reputation as an up-and-coming city for many reasons. (Take a look at this list of honors the city has won from all sorts of publications and organizations).

But for purely educational purposes, Richmond has stood out for some time. There are obvious reasons for classes studying the Civil War to visit, but the mid-1800s are just part of the attraction of a school trip to Richmond:

Students can learn about architecture and state government at the Capitol — home to the oldest legislature continuously operating in the Western Hemisphere, and designed in classical style by none other than Thomas Jefferson.

This highly-rated museum offers hands-on science labs for school groups as well as science demos such as “Rat Basketball” and “Kitchen Chemistry.” In 2014, the museum unveiled its renovated domed screen, where students can take a virtual tour of the galaxy.

The museum bills itself as “the nation’s first museum to interpret the Civil War from Union, Confederate, and African American perspectives. It offers a variety of programs for school groups, expressly designed with Virginia’s Standards of Learning (SOL) program in mind.

The museum moved to a new location in Richmond in 2019, and incorporated items and exhibits from the recently-closed Museum of the Confederacy.

4. White House of the Confederacy

An acclaimed historic and architectural site, the White House of the Confederacy offers daily guided tours. Visitors will learn about jefferson Davis and his family as well as the enslaved and free African Americans, European immigrants and personal staff who lived and worked there.

Enjoy a picnic bag lunch brought from home on the beautiful grounds of the State Capitol.

Edgar Allan Poe grew up in Richmond, and the city is home to a Poe Museum.

The Virginia Museum of History and Culture is another great stop on an 8th grade Richmond trip, especially since its $20 million renovation, completed in 2015. The museum’s mission is to tell the story of Virginia.