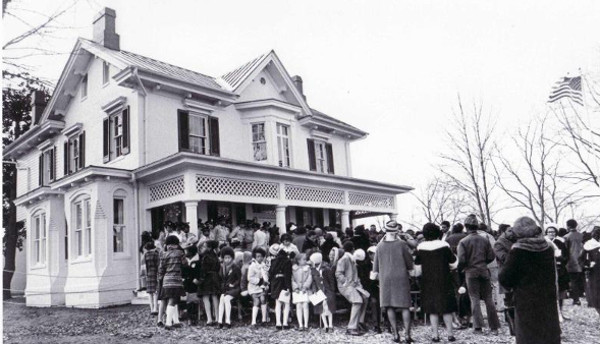 Can’t get tickets for the new National Museum of African American History and Culture? More than two years after the NMAAHC opened, it still can be difficult, especially for groups.

But school groups and other visitors hoping to learn more about African-American history in D.C. have options. Here are three popular venues to consider in the nation’s capital — either in place of the NMAAHC, or as a supplement.

The U Street Experience

U Street, in the city’s northwest quadrant from 9th to 17th streets, is the heart of the District’s historic African-American community. In recent years, it has received a remarkable makeover, rejuvenating the area by adding shopping, entertainment, clubs and restaurants.

From the Civil War until the 1920s, U Street — not Harlem — was the nation’s largest urban African-American community. Singer Pearl Bailey dubbed the area in the Shaw and DuPont Circle neighborhoods “Black Broadway,” and legends such as Duke Ellington, Ella Fitzgerald and Miles Davis all played local clubs.

Free Resource for Teachers/Group Leaders
Download Julian Tours’ free guide for educators and others planning a group tour to the National Museum of African American History and Culture in Washington, D.C. The guide includes a lesson plan, a two-hour itinerary and a printable reference guide.

The Lincoln Theatre and the Howard Theatre both opened in the 1920s and are still operating.

U Street was a “city within a city” well after the 1920s, but residents began to leave after the 1968 riots and the passage of anti-housing-discrimination laws elsewhere.

But the past decade or so has been good to U Street. One sign of the change: Developers have built more than 2,000 luxury condos in recent years.

Stopping at Ben’s Chili Bowl (1213 U St.) for a half-smoke smothered in chili is a quintessential U Street experience. What’s a half-smoke? It’s a hot dog-sausage combination unique to Washington.

Redd Foxx, Nat King Cole, President Obama and even Martin Luther King, Jr. have dined at Ben’s over the years. You may not run into a celebrity when you visit, but you’ll definitely feel the history at this family-owned diner.

Finally, the African American Civil War Memorial & Museum (1925 Vermont Ave.) tells the story of 200,000 U.S. Colored Troops in the Civil War. Outside is a striking bronze monument of three soldiers.

Visitors can tour the home of Frederick Douglass at 1411 W St. SE.

Douglass was born into slavery in 1818 before escaping; he later become a confidant of President Lincoln and led the abolitionist movement through the Civil War. He spent his final 17 years in this home on the east side of the Anacostia River, within view of the U.S. Capitol dome.

The home offers regularly scheduled tours that include thousands of Douglass’ possessions, including his Bible and diaries. Grounds are maintained as they were during the time Douglass lived there until his 1895 death.

Reservations for tours are strongly encouraged, and required at least a week in advance for groups of 11 or more. You can also call 1-877-559-6777 to make reservations.

The museum was founded in 1967 as a Smithsonian outreach program. It aims to increase exposure to the modern urban experience and community bonds through its collections, exhibitions, research and documentation.

One current exhibition is called “A Right to the City,” and it focuses on the ways “Washingtonians have shaped and reshaped their neighborhoods in extraordinary ways.”

Just before the museum opened in September 2016, there were reports of scalpers selling timed entry passes for as much as $200. Demand is not that extreme now, but others are also offering ideas on experiencing African-American history in D.C.

The Washington Post offers five African-American history destinations – and you’ll see some overlap with our list there.

Washington’s NBC-4, meantime, suggests six things to do if you don’t have a timed pass. Here’s one you can do right now: Take an online tour of the NMAAHC’s colossal collection.