Tour Ideas, Part II: A Field Trip to Philadelphia and Its Historic Center 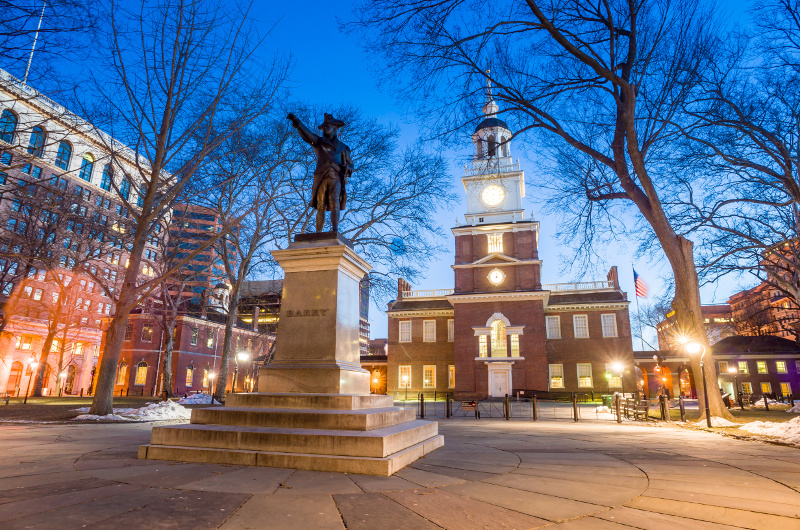 Editor’s note: This post is part of a series that highlights some of the best ideas we’ve seen for single-day class trips.

If you think there’s good information in this post, I encourage you to click this link to see all the posts from the series.

I can’t say enough about Philadelphia as a destination for class trips. History and social studies classes obviously have plenty of sites to choose from, but the City of Brotherly Love also offers culture, science and more.

Since the Founding Fathers met here to design the framework of our nation, there are many building blocks to choose from when constructing a history-based field trip to Philadelphia:

This nonpartisan institution sums its mission up in three words “Visit. Learn. Debate.”

Students can try interactive exhibits, watch multimedia and theatrical presentations and sign the Constitution alongside statues of the Founding Fathers.

The Center’s Facebook page gives you an idea of the sort of debate it hopes to foster among visitors. Posts include questions such as and “Should our judges be elected?” “Should President Trump be forced to turn over his financial records?” and “Would you see a musical about Alexander Hamilton?” (Okay, the last one is a little offbeat.)

The Assembly Room here is a must-visit — the Declaration of Independence and Constitution were signed here.

The Hall also includes the courtroom that housed the Pennsylvania Supreme Court in the 1700s and the Governor’s Council Chamber, which was later used as a U.S. District Court that held fugitive slave trials in the 1850s.

The Liberty Bell Center is not strictly a Constitution-related site, but it’s right across Chestnut Street from Independence Hall and worth mentioning here.

Besides the Bell itself, the Center includes a video presentation and exhibits about the cracked icon of freedom.

Worth noting: Historical evidence indicates that the Liberty Bell rang to mark the Stamp Act tax and its repeal in 1765, but there is no evidence that the bell rang on July 4, 1776, nor on July 8 for a public reading of the Declaration of Independence.

The U.S. Congress met here from 1790 to 1800, and the building hosted the inauguration of George Washington (for his second term) and John Adams. It’s adjacent to Independence Hall.

Do as the locals do and enjoy an authentic Philadelphia cheesesteak lunch, or give your group lots of variety at the Bourse, a food court located adjacent to the historic district.

In the Governor’s Council Chamber at Independence Hall, visitors can see the surveyor’s tool used by Charles Mason and Jeremiah Dixon to determine the Pennsylvania-Maryland boundary.

The Declaration House traditionally is a popular class trip destination, too — it’s a recreation of the building where Thomas Jefferson drafted the Declaration of Independence. But it’s closed indefinitely.