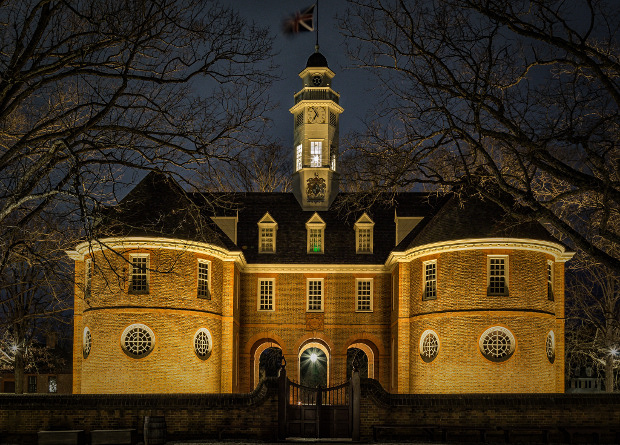 Note: This is part of a series of blog posts pinpointing under-the-radar, enriching stops on field trips to Julian Tours’ top destinations. Experience tells us these sites will help you beat the crowds and create a truly memorable experience on your next group trip. For more entries in the series, click here.

More than just a tourist attraction, Colonial Williamsburg is actually one of the largest history projects in the United States—a sort of life-sized diorama where researchers are still making new discoveries.

Behind the façade of the living museum in Williamsburg, Va., is an educational facility that rivals some universities in size and knowledge base – the Bruton Heights School Education Center. Researchers can turn to an enormous collection of books, artifacts, architectural drawings and other historical memorabilia to help them create as authentic an experience as they can—from selecting the paint colors of buildings to planting species of trees that would have been growing in the area in the 1700s.

It’s perfect for groups seeking a hands-on Colonial Williamsburg field trip. They can arrange a 1 ½-hour behind-the-scenes tour of Bruton Heights to learn more about the work that goes into preserving history as accurately as possible. And students could also make new discoveries by participating in archeological digs.

Learn from Colonial Williamsburg experts about how they take care of artifacts they find and how they research the accuracy of what they recreate in the colonial city on the behind-the-scenes tour of the research facility at Bruton Heights. Groups will visit the library, conservation facilities or educational programs studio.

Though not guaranteed to be seen on tours, some of the most important items housed in the collection are:

In total, the historic collection includes more than 12,000 rare books (plus tens of thousands of research books), 43,000 manuscripts, 50,000 architectural drawings and more.

It’s important to note that tour groups are limited to 15 visitors.

As a side note, one of the buildings housing the education center is historic in its own right: Bruton Heights School, a school for African-American students which opened in 1940 and operated until schools were integrated in 1969.

Help Out on an Archeological Excavation

Archeologists are still discovering colonial artifacts in and around Williamsburg. In 2017, they’re working on the site of a colonial store, and students are invited to work alongside them.

If they’re willing to get their hands dirty, students ages 5 to 16 are invited to dig for 55-minute spans. They’ll learn about how to dig carefully, as not to damage artifacts or stonework. They’ll learn about filtering dirt through screens to look for small items, such as coins or tool parts. (One of the most commonly found items are tobacco pipes.)

And they’ll discover what work is done in laboratories to clean, identify and date artifacts.

Some of the items found at digs may not be from colonial times but are historic nonetheless. In the summer of 2016, for example, diggers found an odd metal item that turned out to be the radiator cap from a Model T Ford from the early 1900s.

The program runs four daily sessions from May 30 through Sept. 1. Other important facts to know include: